If a sewer machine won’t clear a drain, think sludge or grease 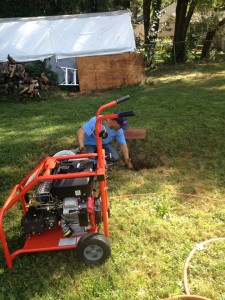 Drain Chief was called for a drain obstruction at a private residence. The homeowner was pretty mechanically inclined and had rented a sewer machine, pulled the toilet and snaked away at the drain, but was unable to clear the obstruction.

He then called me. I brought my trailer with everything I might need for the job including a jetter, several sewer machines, video camera and utility locator. After reviewing what the homeowner had tried, I brought in one of the sewer machines and snaked the drain several times. I had no better luck clearing the obstruction than the homeowner did.

Then I figured it out. We both were unable to clear the obstruction because there wasn’t one!

The problem was in the sewer which was connected to a septic system with a drywell. The sewer was filled with sludge and had backed up into the drain. I got out my pipe jetter and entered in the sewer from the septic tank where I cleaned out the sludge in less then 30 seconds.

His drain then operated with no issues. Mechanical sewer machines will not clean out a build up of sludge, grease and other things (see photo). The jetter was the answer on this one. 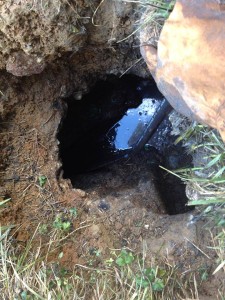